Apple co-founder: 'I've really given up' on Level 5

There was a time when Apple co-founder Steve Wozniak was a believer in fully autonomous vehicles.

These robotic cruisers would read and react to the road like humans, he said, and wouldn't need a steering wheel. Wozniak hoped Apple, which had been rumored over the years to be working on a self-driving car project, would be the one to build it.

But he has since tempered his expectations. There is simply too much unpredictability on roads, he said, for a self-driving car to manage. For now, he believes the burgeoning technology is better used to give drivers a safety net for certain situations.

"I stepped way back [on] this idea of Level 5. I've really given up," Wozniak said during the J.D. Power Auto Revolution conference in Las Vegas last week.

"I don't even know if that will happen in my lifetime."

Autonomous vehicles would fare better, he said, "if we were to modify roads and have certain sections that are well mapped and kept clean of refuse, and nothing unusual happens and there's no road work."

The reality of current self-driving systems doesn't match up with consumers' expectations, but Wozniak doesn't think that is their fault.

"What we've done is we've misled the public into thinking this car is going to be like a human brain to be able to really figure out new things and say, 'Here's something I hadn't seen before, but I know what's going on here, and here's how I should handle it,'?" Wozniak said. "A human can do that."

But Wozniak did have a positive reaction to his first ride in a self-driving car last week in Vegas.

He and his wife hailed a car through Lyft, which has partnered with Aptiv to service the Strip and downtown area with specially outfitted BMWs (with human backup drivers). As of May, the cars had given more than 50,000 passenger rides in Sin City. 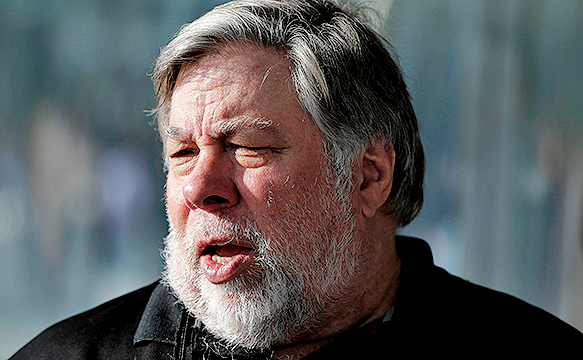 "It did a nice job," Wozniak said. "We felt safe and comfortable."